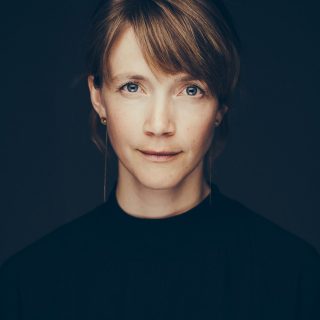 ANNA BRO (b. 1980) graduated from the Danish National School of playwriting in 2004, rapidly becoming one of the leading dramatists of her generation. She won the 2014 reumert for dramatist of the year.
Immediately upon graduation Anna Bro wrote Forstad/Suburb with Martin Lyngbo. The production, which won a Reumert award, was a tremendous success for the little Mungo Park company north of Copenhagen and made her name. Bro took part in the 2006-7 TurboTown project run by the Royal Danish Theatre and her work has been in demand ever since. Her writing is imbued with compassionate social and human commitment, resulting in galleries of vivid characters and the lives they lead. In Sandholm (2006) she took as her starting point the Danish refugee camp that lent its name to the play. I don’t suppose I’ll ever write about ‘man and woman in an empty room’, she says, because the tangible is what fascinates me. I like writing about specific locations or worlds. However, her specific worlds can also be virtual, as in The Dark Web.